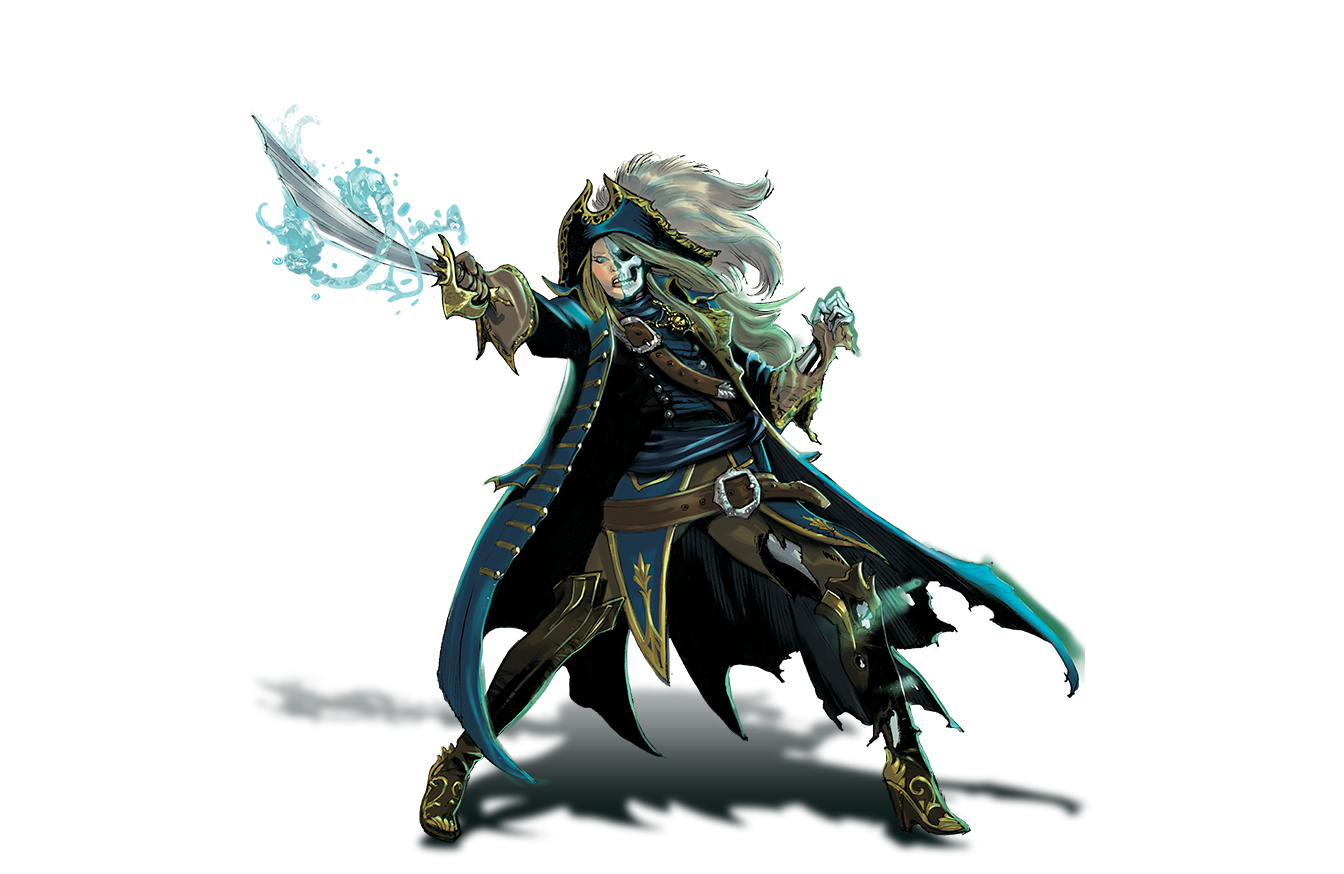 the fighter siren, the cursed captain or piratess of the 7 seas. 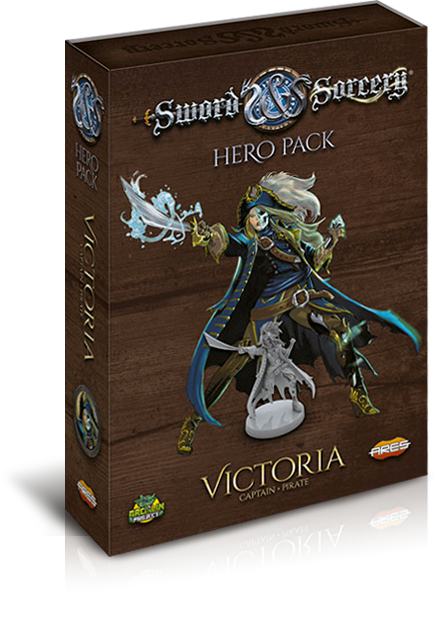 Sometimes, heroes are shadowy figures dabbling in the dark arts or renegades from their kin… Ancient mariner of the Talon Coast and legend of the 7 seas — Victoria can be played as either a Lawful Captain or a Chaotic Pirate.

As a Captain, Victoria was a skilled fencer and sailor. She battled a notorious pirate and captured his stolen gold — only to find out it was cursed. The power of this ancient spell has changed Victoria’s life forever — she is a great Captain during daytime… but a cursed soul at night.

As a Pirate, Victoria soon proved to be a skilled fighter, killing her first enemy when she was only 11. She sailed in search of a fabulous treasure… but the curse of that stolen gold changed Victoria forever — she is a Pirate during daytime… but a damned soul at night.

This Hero Pack features two miniatures of Victoria (normal and Ghost Soul form), her Soul Gem, and new cards — including legendary treasures such as the sword, Sea Fin, and the powerful but cursed Ancient Coin. 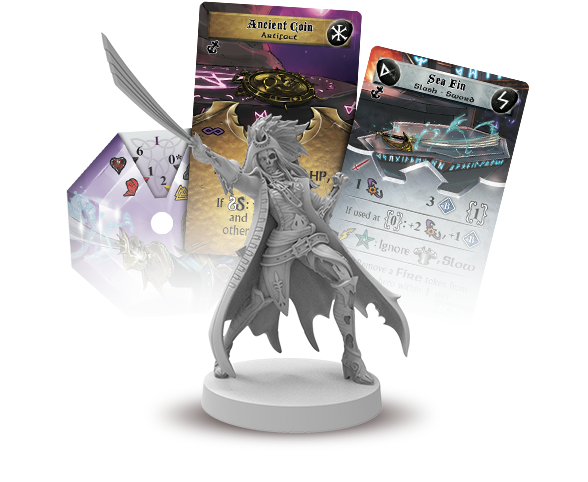