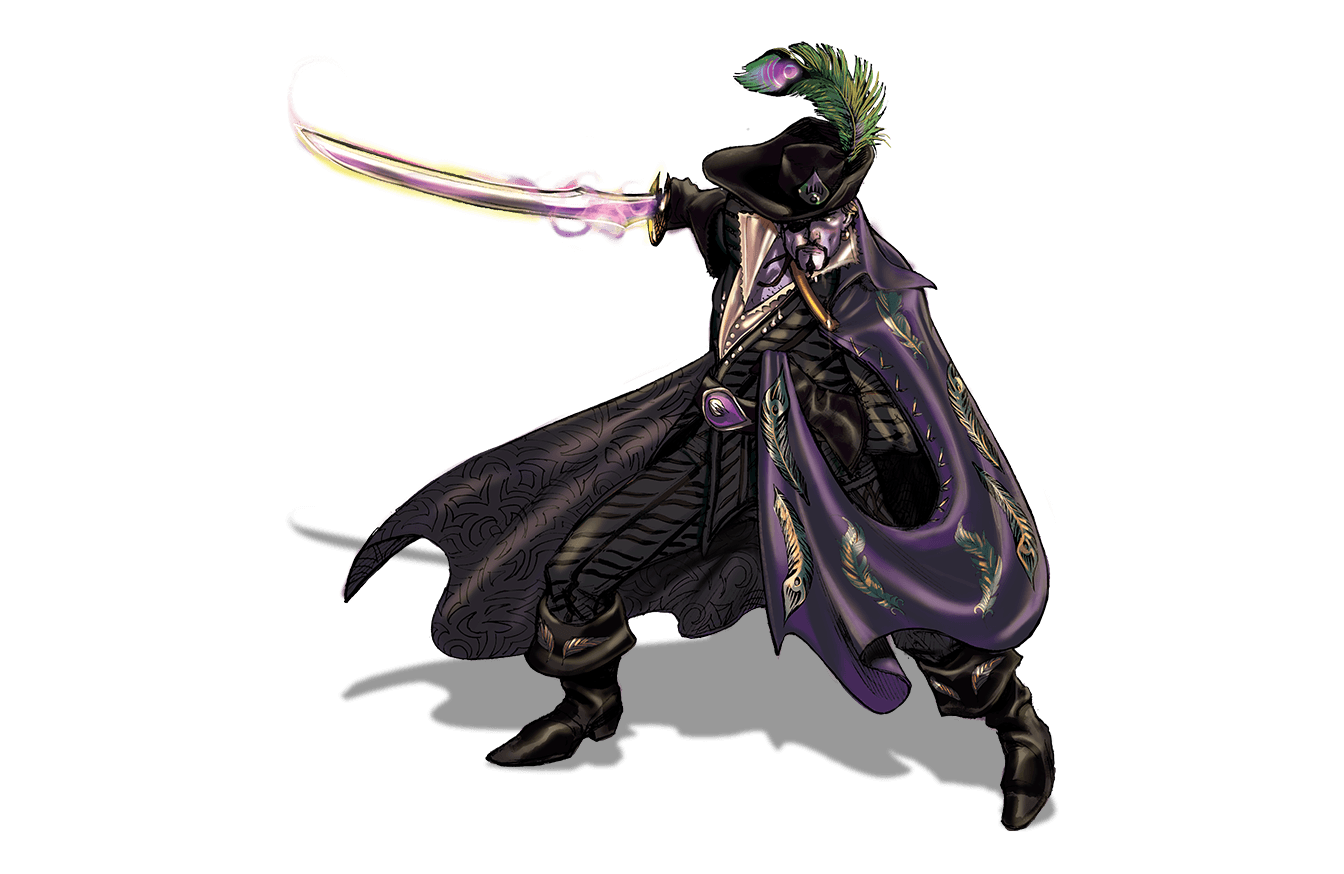 The Skilled Master of the Blades and Arts 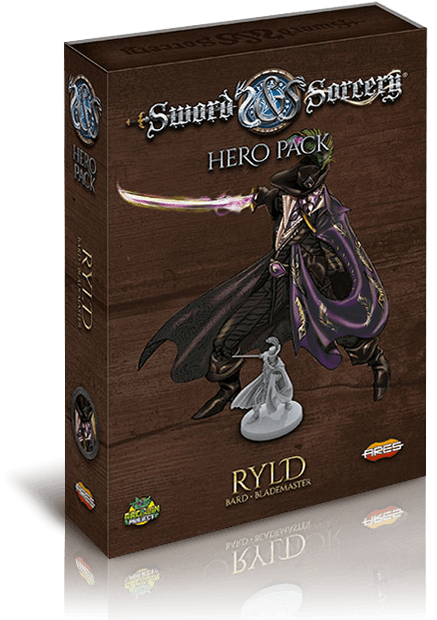 The silent flash of a blade is the only sign preceding death, when a fighter like Ryld is around! Born as the rare love child of a human and an elf, Ryld can be played as either a Chaotic Bard or a Lawful Blademaster.

As a Bard, Ryld was a wanderer, making a living with his wonderful voice. In his journeys, he learned a little of the arcane arts, and his ability in fencing and his magically empowered voice made him a famous adventurer, capable of fighting as well as inspiring his comrades.

As a Blademaster, Ryld studied sword-fighting and became a fencing master, tutoring promising pupils and helping them to make a name for themselves. His combat tactics are always carefully planned, and he is able to help his companions with his sword, as well as his counsel. 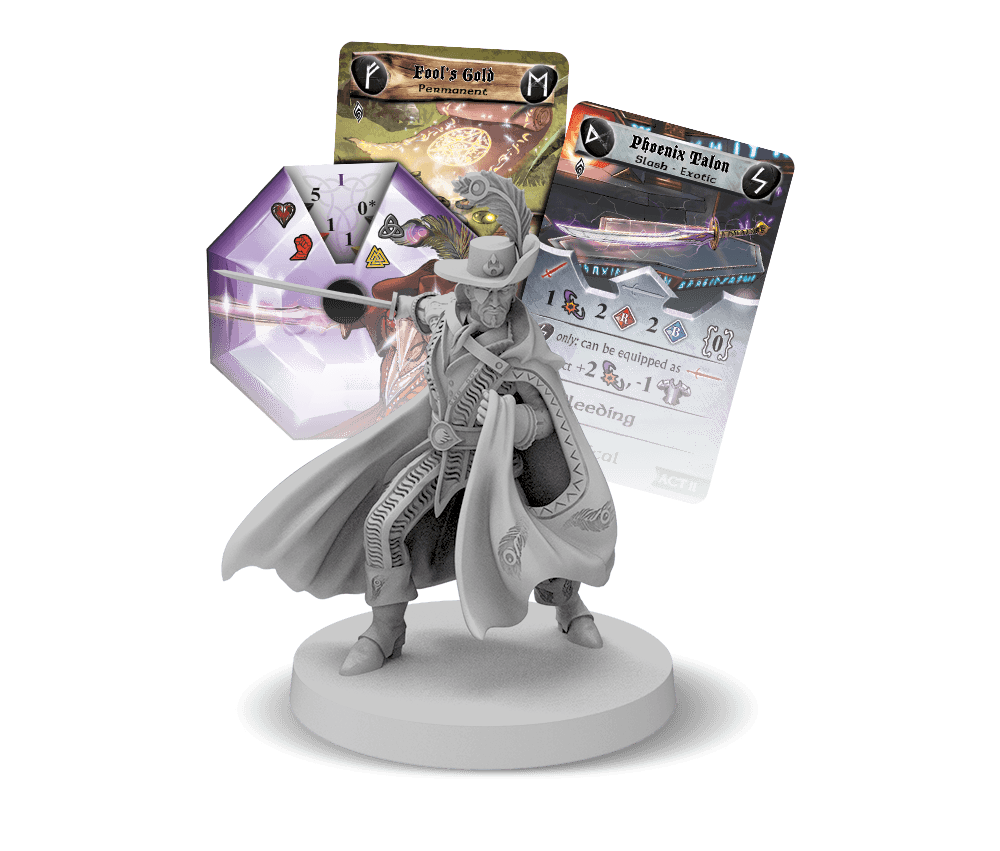