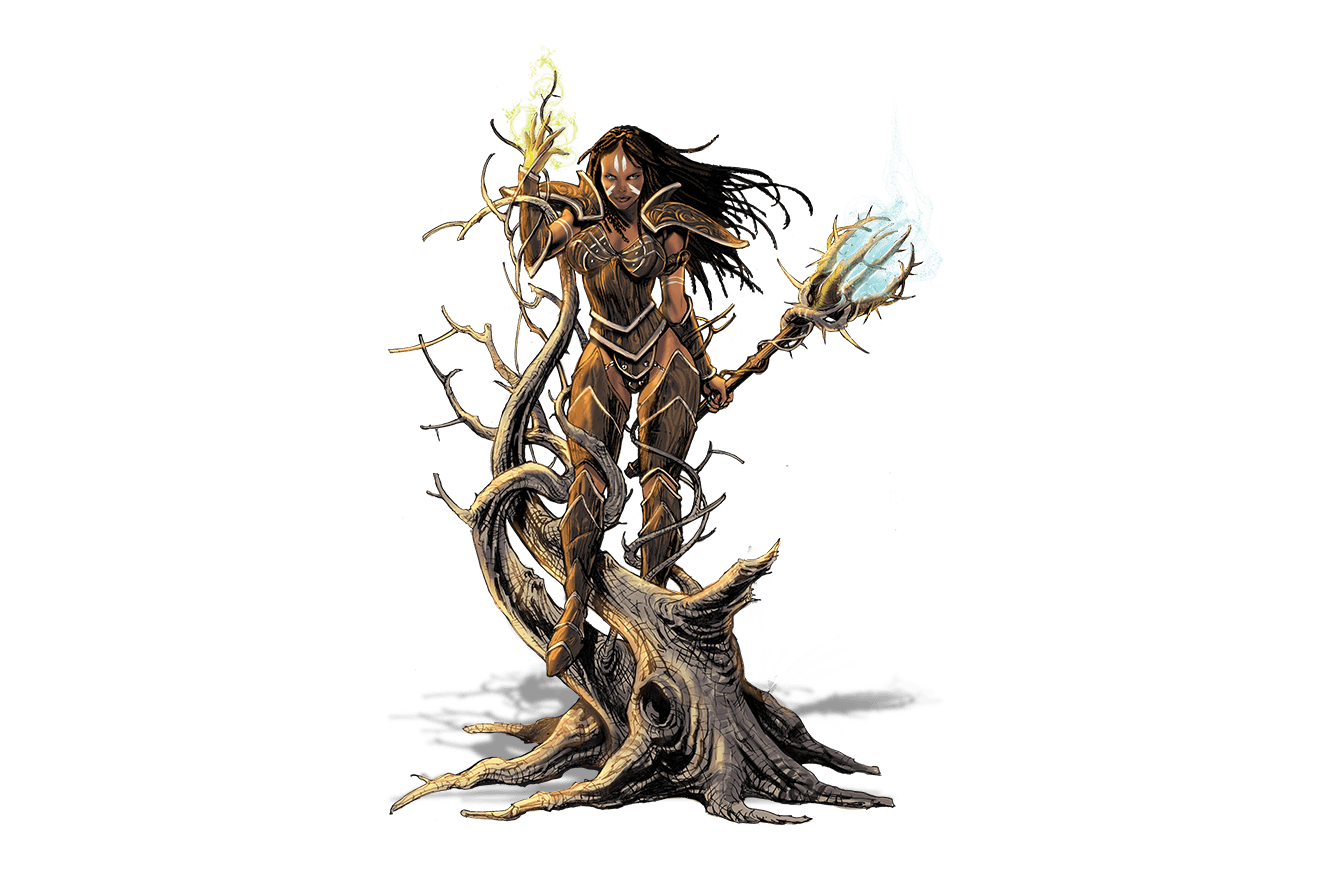 The Exotic Guardian of the Nature 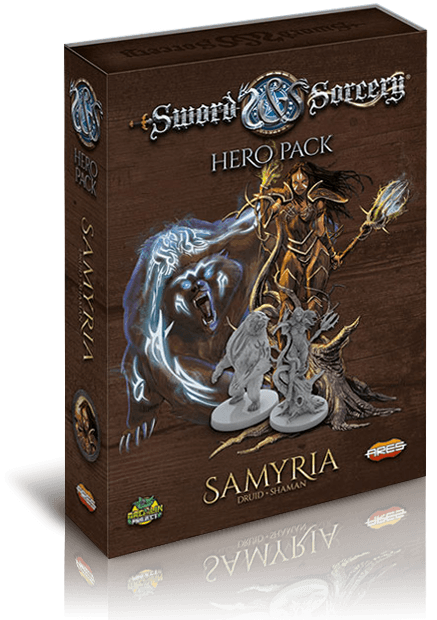 In times of dire need, unusual individuals stand up and fight against the forces of Darkness… and here comes Samyria, daughter of the Earth, bear–friend and skin–changer. Samyria can be played as either a Druid or Shaman.

As a Druid, Samyria is able to control the forces of nature, summoning grasping roots from the ground and ultimately changing her body into a gigantic Grizzly!

As a Shaman, Samyria calls and interacts with all the spirits of Otherworld. She can control the battlefield by creating soul totems and commanding Bjorn, her valuable Grizzly companion!

This Hero Pack features two miniatures of Samyria (normal and Ghost Soul form), one Bear figure, her Soul Gem, and new cards — including legendary treasures such as the Dream Catcher artifact and the powerful Force of Nature weapon. 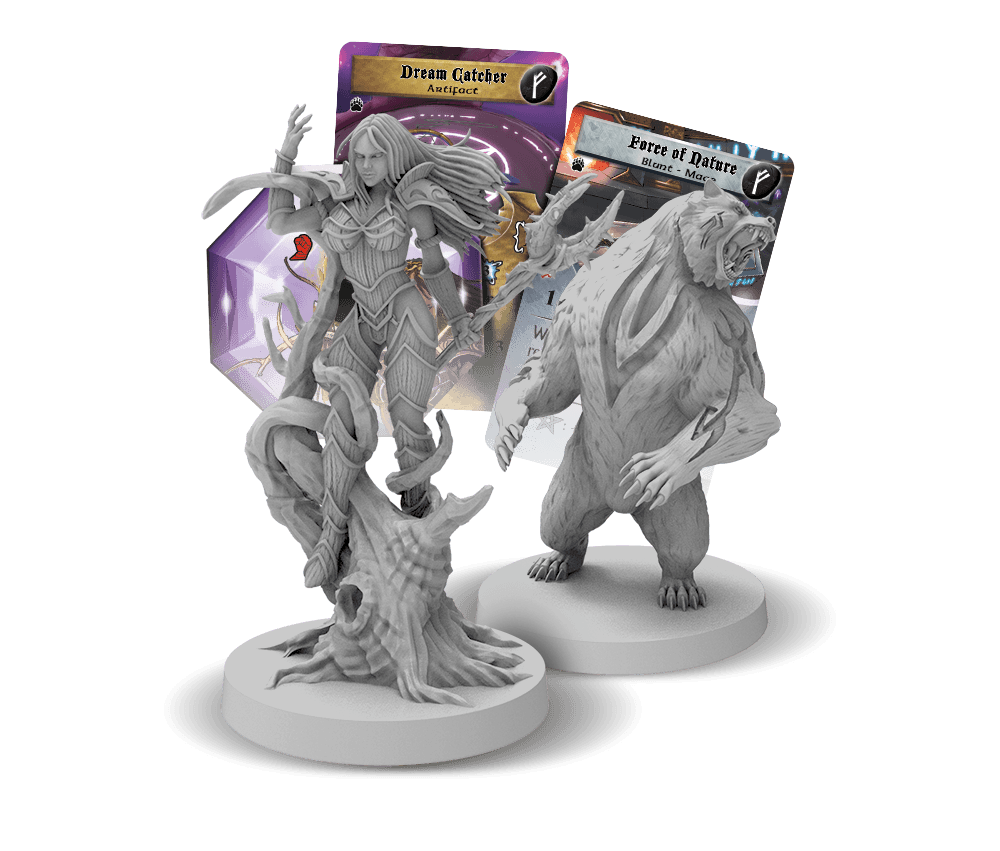