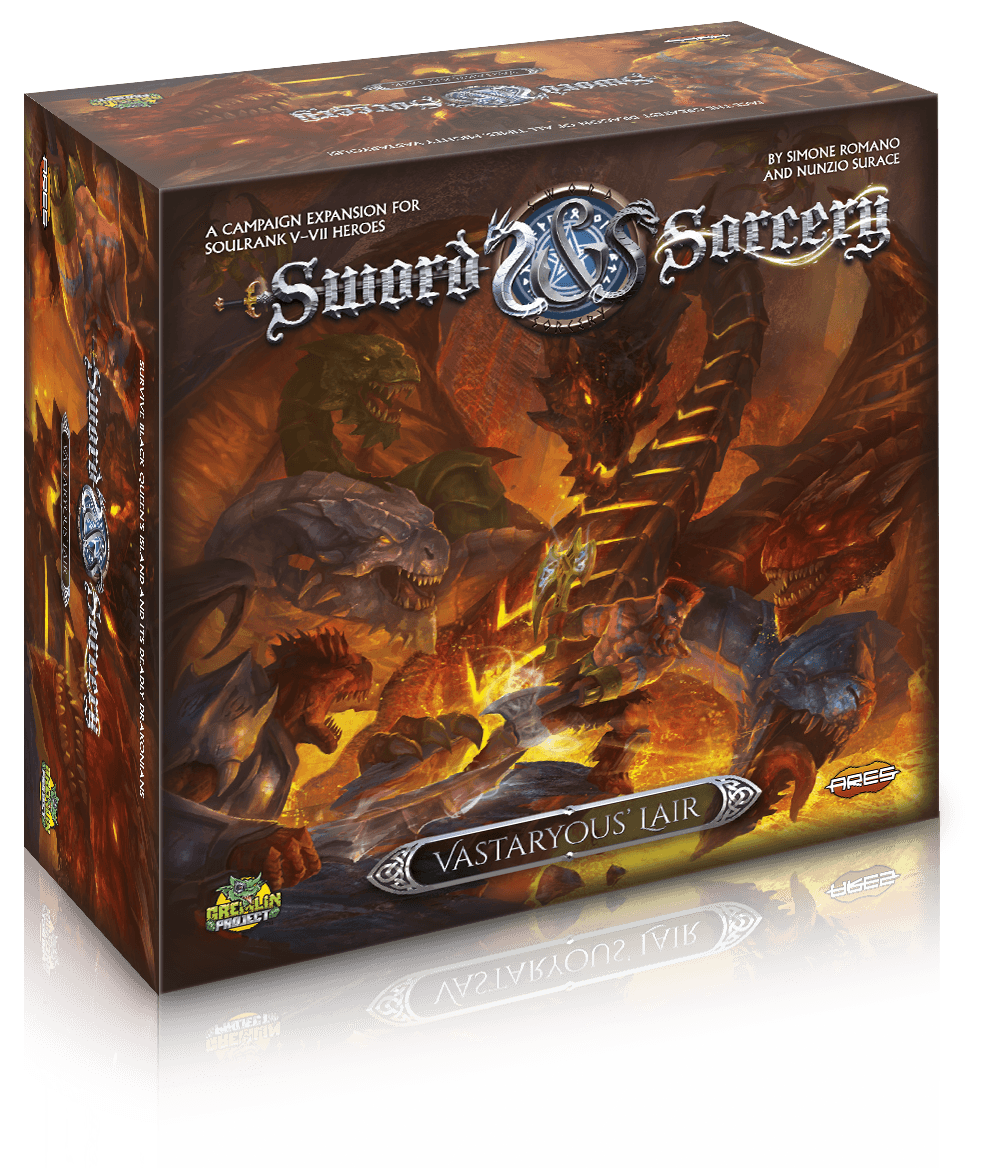 In Sword & Sorcery® Vastaryous’ Lair, the Heroes are stolen away from their former lives by arcane sorcery and brought to an unknown land — a beach of black sand and ash on a faraway volcanic island, the lair of the mother of all dragons… the mighty Vastaryous and her vicious Drakonians!

This expansion represents the ultimate moment of the Immortal Souls campaign. Finally free from the binding spell, the Heroes reach the highest Soulrank. Empowered with new legendary powers and equipment, they will engage in battle with a huge five–headed dragon. Vastaryous is an incredible Master Enemy, managed by multiple scrolls to simulate each individual chromatic dragon head, providing an incredible final quest.

A memorable ending awaits the brave Heroes who defeat the Ancient Black Queen!

And the deadliest challenge of the Talon Coast… the Drakonians and their mother Queen Vastaryous! 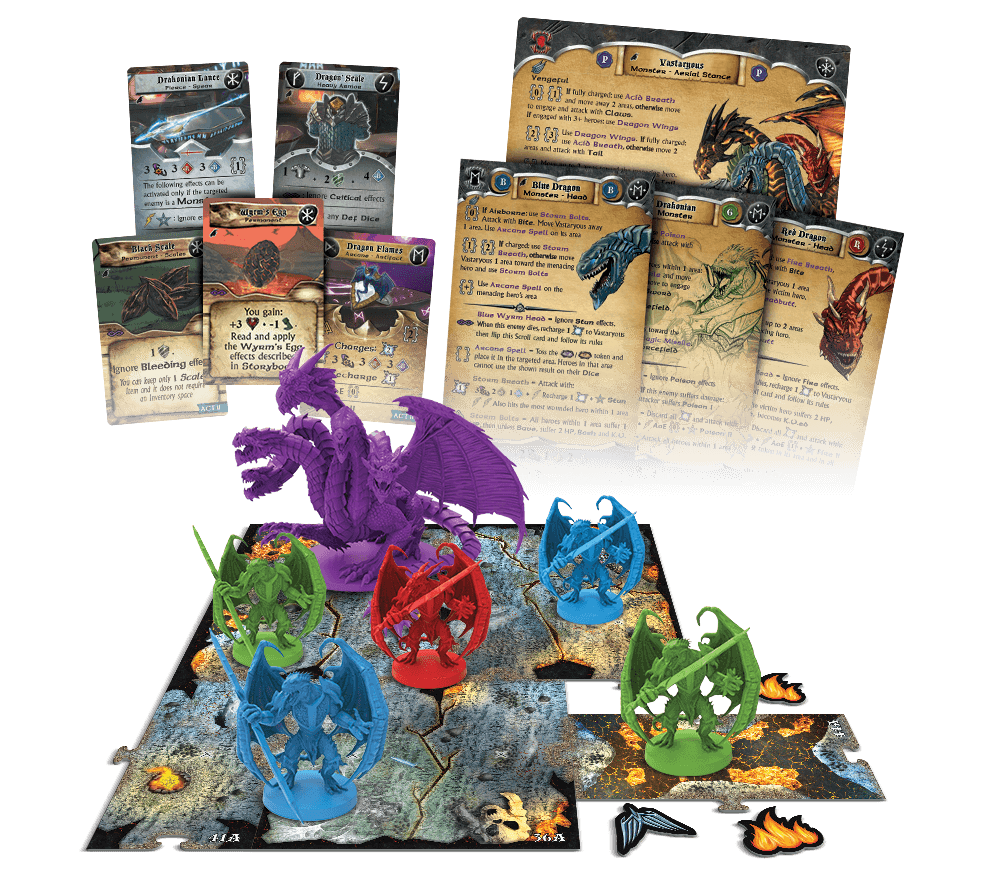