The mighty champions of the Northern Lands 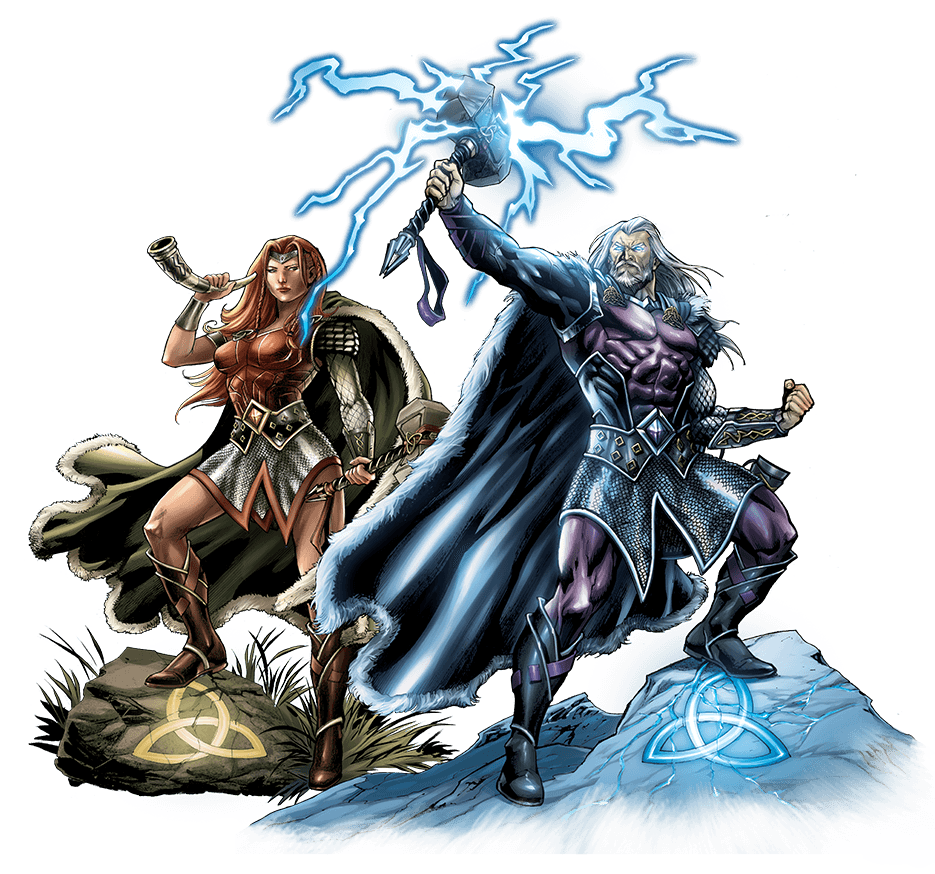 A roar of thunder, a flash of light… and the rage of Sigurd and Sigrid, legends of the Northern Lands, are ready to be unleashed on their enemies. Sigurd and Sigrid can be played as either a Thane or a Skald.

As a Thane, Sigurd and Sigrid are warriors of exceptional strength and constitution, who draw upon mystical powers to forge and throw lightning and flame against the enemies.

As a Skald, Sigurd and Sigrid are still strong, fast and valiant as few others, but they also able to inspire and lead his comrades as well to terrorize their foes with the powerful sound of the Gjallarhorn.

This Hero Pack features three miniatures of Sigurd and Sigrid (Hero, Ghost Soul form and Nemesis), Soul Gems, Hero Sheets and cards — including new legendary treasures such as the Megingjord belt and the Jarnbjorn axe. 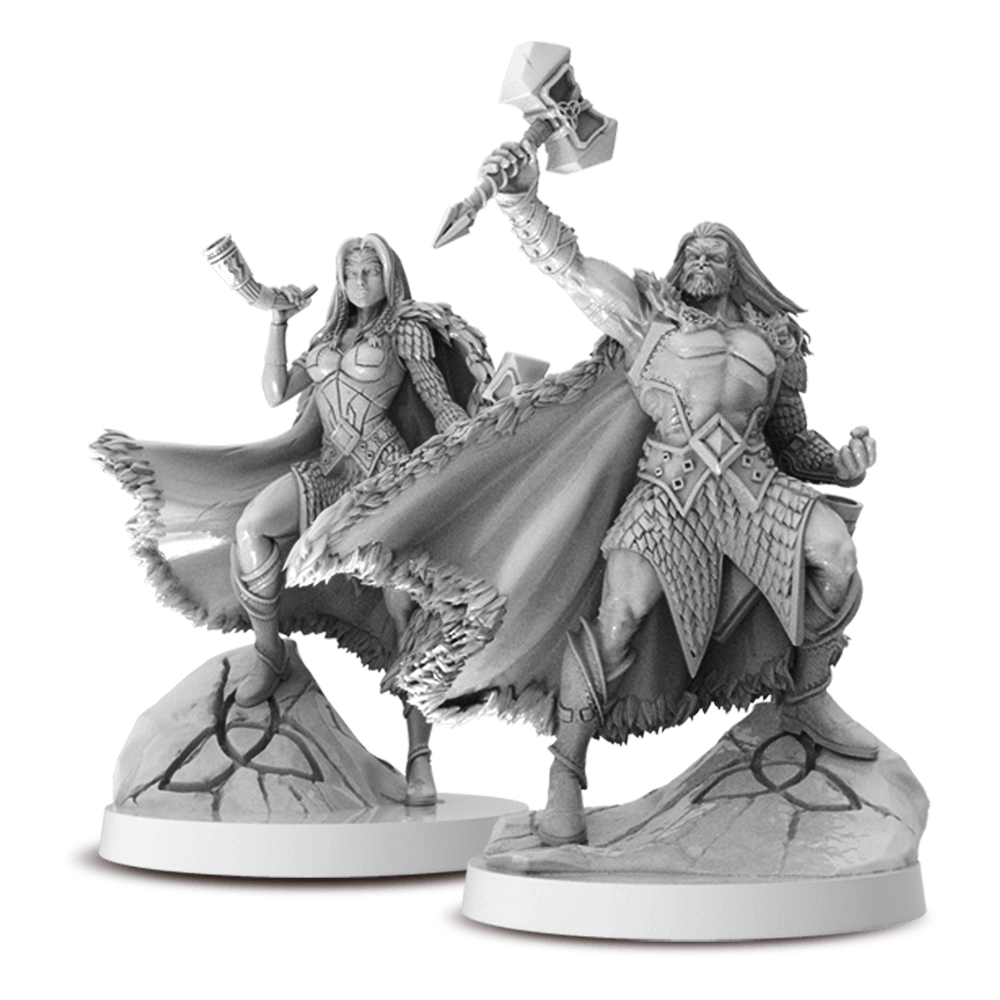