the dark wizard, master of Necromancy or Pyromancy. 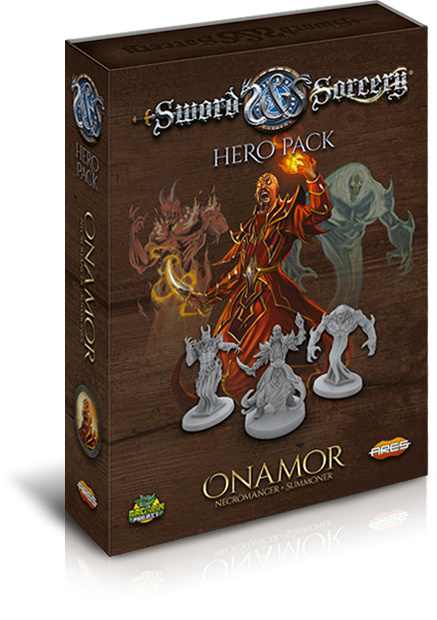 Sometimes, heroes are shadowy figures dabbling in the dark arts or renegades from their kin… Born into a family of powerful wizards, descendants of Avalon, Onamor can be played as either a Chaotic Necromancer or a Lawful Summoner.

As a Necromancer, Onamor traded the very essence of his life to become a Necromancer, able to raise corpses from death and manipulate them through his powerful will.

As a Summoner, Onamor sworn to avenge his parents, spending his life dominating and banishing demons, using them as a weapon against other supernatural entities…

This Hero Pack features two miniatures of Onamor (normal and Ghost Soul form), two summoned creatures, his Soul Gem, and new cards — including legendary treasures such as the Ritual Dagger and the Scarab Artifact.